In order to better understand the Article 6 outcomes from Katowice, this paper examines and compares the different versions of text that emerged at key moments in the two weeks of negotiations, and tries to identify evolution and changes in key issues in the text, and discuss and analyse these changes.

This paper analyses and compares four versions of the Article 6 text: 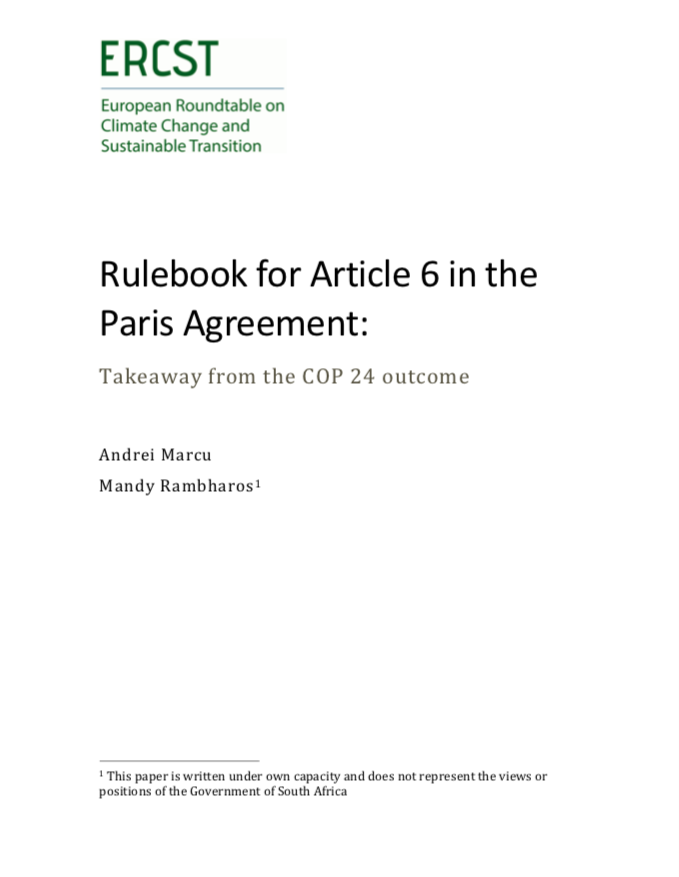