This Glossary of Terms is meant as a starting point for discussion and will be improved as we get comments and as negotiations progress. It is intended to take a number of terms that have appeared both in documents, as well as in discussions, and provide an explanation of what is meant by it, to the degree that an explanation is generally accepted at this stage. That is why we want this to be an evolving paper, interns of substance, and in terms of coverage. We encourage feedback, as well as any suggested additions in terms of topics covered. 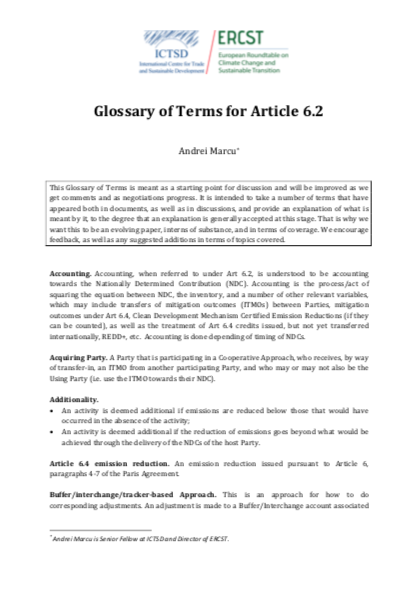