This report is a sequel to the first version which was published in 2018 leading up to COP24.

In a study conducted by the International Emissions Trading Association in 2019, it was found that countries can reduce costs in implementing their stated NDC commitments if they cooperate under the principles of Article 6 of the Paris Agreement.

While countries can start to cooperate on carbon market instruments today, the development of bilateral and multilateral approaches and mechanisms will benefit from a clear international framework. Unfortunately, this is not yet in place. Hampered by the sheer complexity of the issues, and recently also delayed by the pandemic, international negotiations on Article 6 will not reach a resolution until the 26th session of the Conference of the Parties to the UNFCCC (COP26) in November 2021.

This delay is both a blessing and a curse. On the one hand, it means that stakeholders that want to engage in the new carbon market will not have regulatory certainty regarding some of the key issues. This is above all a challenge for the new mechanism under Article 6.4, which will not be operational until there is a decision on Article 6 including the establishment of a supervisory body. On the other hand, the delay has given countries and stakeholders time to digest and discuss technical and political issues of Article 6 before the resumption of the negotiations, and before countries begin detailed preparations for participating in Article 6 approaches.

Version II shows that there has been progress in the negotiations, and that there is a better understanding among countries of the options and alternatives to engaging in cooperative approaches under Article 6 of the Paris Agreement 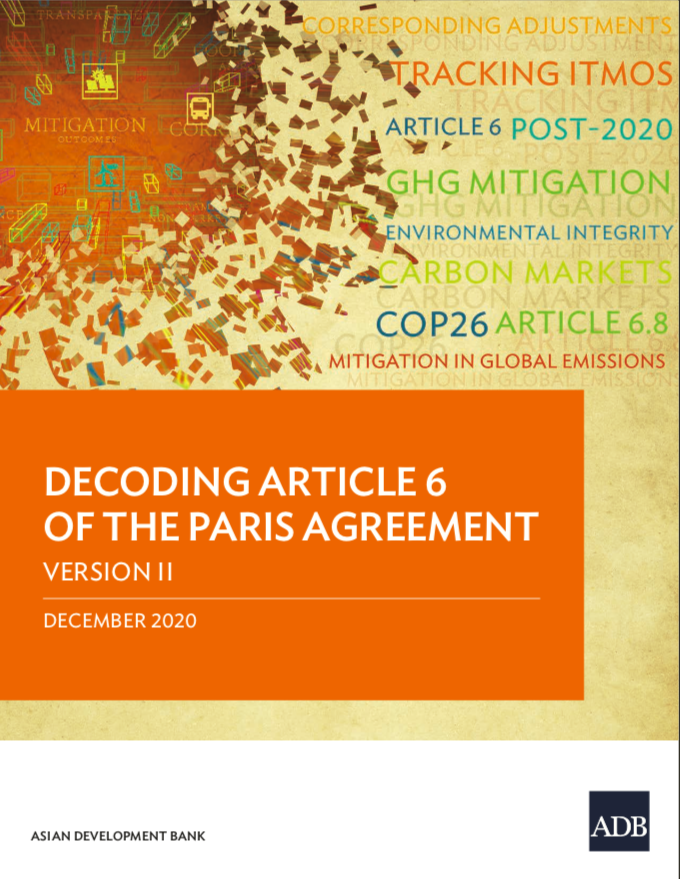